Cassia Tora is a wild crop and grown in forests only. The plant mostly occurs in the middle part of India. It is now a recognized pet food additive containing repeating units of galactose and mannose in a ratio of 5:1 respectively.
India is the biggest manufacturer and exporter of the cassia gum powder. The powder is increasing in demand across the globe due to increasing applications in the wet canned pet food and feed industry because of its cost advantage.
Cassia gum is currently authorized in feed with moisture content less than 12% as a gelling agent, emulsifying & stabilizing agent and as a thickener. It can also be utilized for similar technological purposes in several food items like dairy based desserts, edible ice, dressings, fermented milk products, dehydrated soups, cheese & dressings. 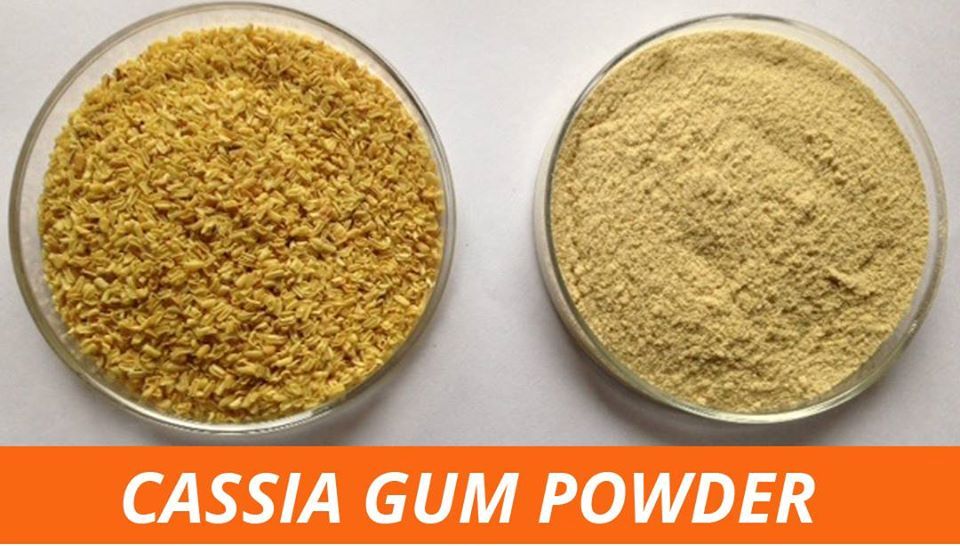 As stated by the European food safety authority(EFSA), the cassia gum is utilized in combination with some other gelling agents like the Xanthan gum or the kappa-carrageenan during wet canned pet food products manufacturing. The E-number are codes for substances used as food additive and cassia gum for pet food has number assigned as E499.

Why is Cassia Gum Powder used in Pet Food Category?

Anthraquinones are known to be contained in Cassia Gum. This is a gathering of useful and various sweet-smelling synthetic compounds that are fundamentally identified with anthracene, and has a parent structure 9, 10-dioxoanthracene. They naturally occur in the cassia species in free glycone and glycosylated structures.
With the introduction of purification while production of cassia gum has resulted in reduction of the amount of anthraquinones.We can separate individual anthraquinones by using more specific methods for analysis process such as High Performance Liquid Chromatograhy(HPLC). As a matter of fact it has resulted in development of better purification process.The detection limit allowed the maximum content of anthraquinones to a levl of 0.5mg/kg as mentioned in the specifications of gum food.
This has helped in better sanitization systems to be created. The details of cassia gum food added substance permit a most extreme substance of all out anthraquinones at 0.5mg/kg which is at as far as possible. 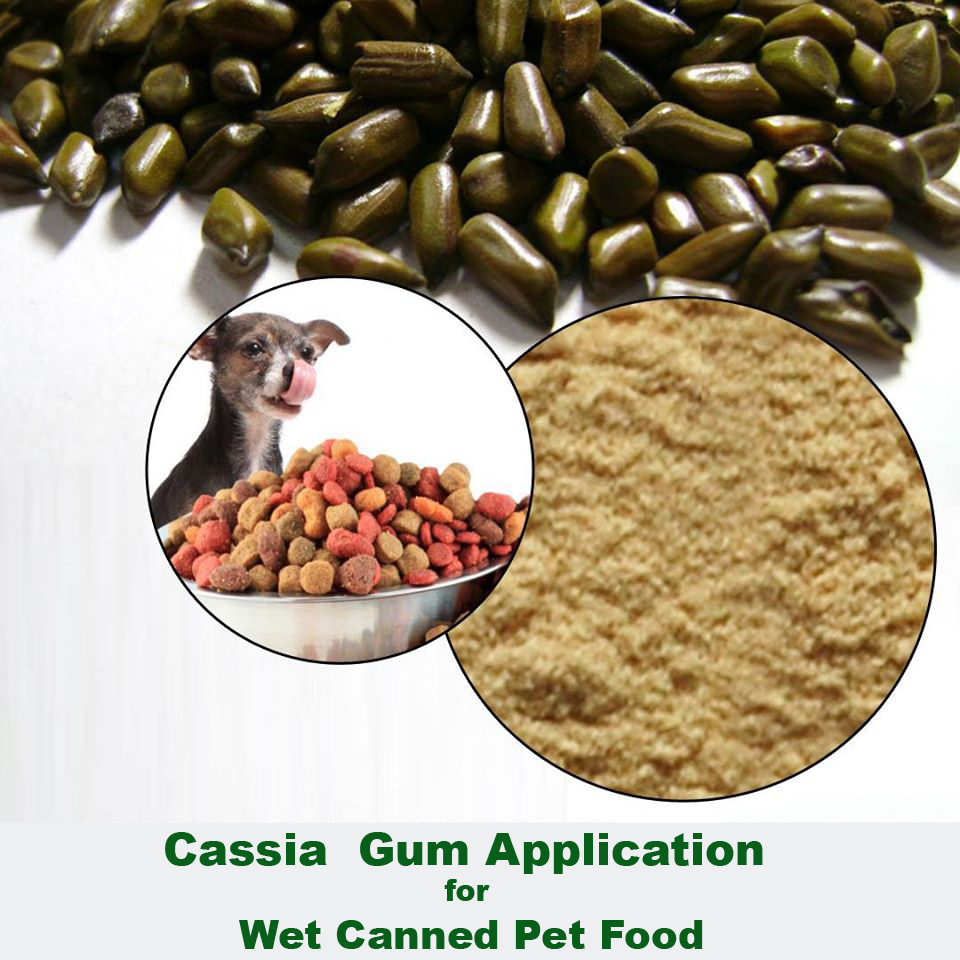 Cassia gum powder is used as a pet food additive in combination with other gums likes kappa carrageenan in order to obtain the optimal gelling and stability. Research was conducted on the stability of the gel over a period of three months for canned dog food and showed no significant losses of gel strength.

The examination has been done on the effectiveness of the cassia gum powder, by considering the gel quality estimations of the complete canned dog food. It was observed after three months of storage that the products remain stable and it has no effect on other product ingredients hence remains very effective.

The anthraquinones present in the cassia gum are considered to be poorly bio available and hence minimal side effects to pet animals. It is also thought that incase a fraction gets absorbed, they undergo oxidation in liver and combined with bio-transformation and later on excreted by their bodies.

It has been concluded by research that semi refined cassia gum,which meets threshold of cassia gum in the category of a food additive can be used for the purpose of pet food manufacturing. The content at the maximum amount for a complete feed should be maintained at 13200mg/kg.
The above mentioned points are the reasons why Cassia Gum can be approved in Pet Food Industry. A few sources mention the approval of usage of Cassia Gum powder as an additive for pet food and cattle feed products. As an addition few sources mention its approval in Japan as a food additive, due to absence of toxic effects on animals.